The first location Minister Hagiuda saw was the manufacturing site's Agri-Bio & Supplement Research Laboratories. Here, he learned about the life cycle of Kaneka Biodegradable Polymer Green PlanetTM (referred to below as “Green Planet”), from its creation from vegetable oil to the way it easily decompose in soil or the water as molded and processed products, which eventually breaking down into CO2 and water. In the laboratory, he then saw Kaneka's innovative and proprietary microbial cultivation technologies used in the production of Green Planet.

He also heard about Kaneka's plans to develop revolutionary new hydrogen-oxidizing bacteria which would change the way Green Planet is made. Instead of creating it from vegetable oil, as is done now, these bacteria will enable to create Green Planet directly from CO2 and H2.

He then saw the verification plant which uses cultivation technologies developed at the research laboratory to increase production of Green Planet to 5,000 tons per year, and the future site of the plant whose construction was decided on in February, to realize production of 15,000 tons each year.

Minister Hagiuda demonstrated great interest, asking many questions and sharing his own opinions. He strongly encouraged our ongoing research and business as we aim to help solve environmental problems by our biomass technology to create disposable plastic and, ultimately, to establish a carbon negative society by developing Green Planet bacteria cultivation technologies whose raw material is CO2.

Based on our mission of "KANEKA thinks 'Wellness First.", Kaneka will continue to strive to create sustainable, recycling-oriented societies and solve the problem of plastic pollution through the active use of Green Planet. 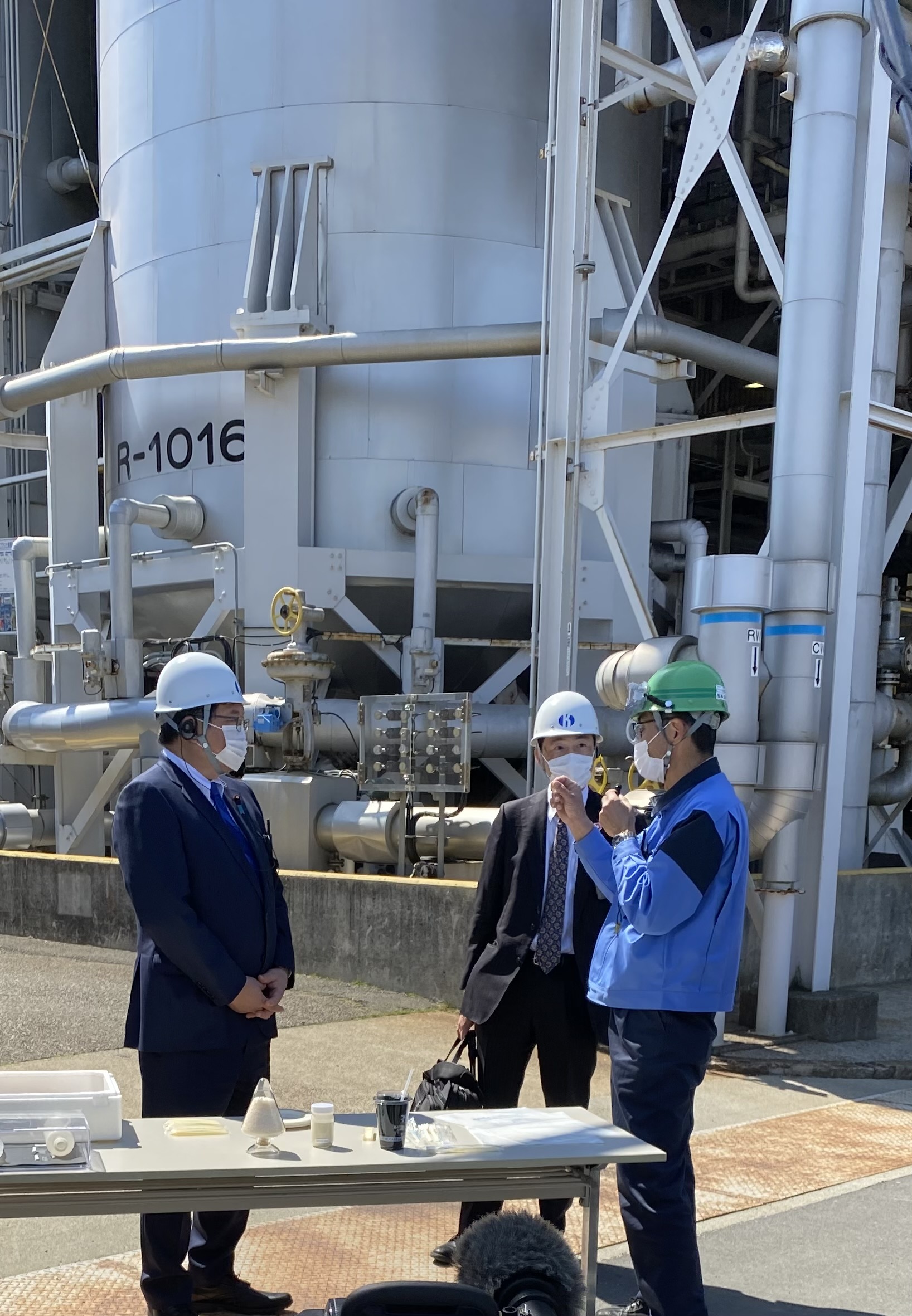